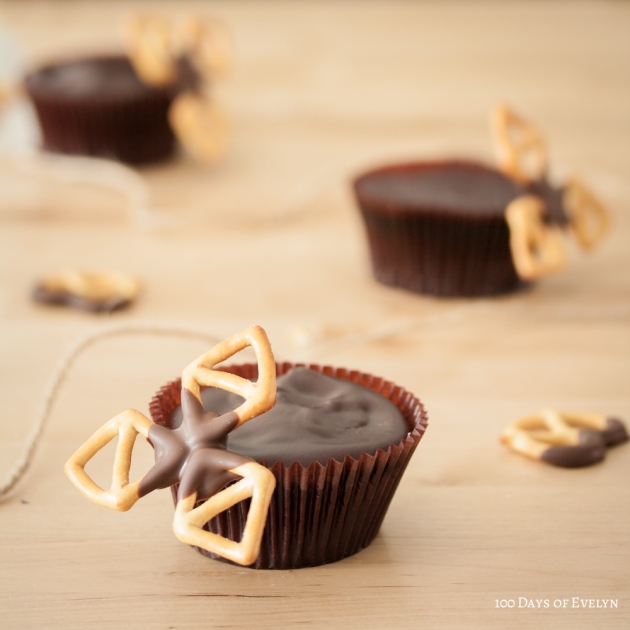 Down the road from my work place is a Thomas Dux Grocer. For those of you who aren’t living in Australia, it’s a fancy high end grocer that you would go to if you felt so inclined to triple your grocery bill for the week with gourmet food and fancy packaging. More importantly, they sell chocolate covered pretzels. Really good chocolate pretzels.

I decided that I wanted to make pretzel chocolate cupcake, because the combination was so tasty and I was eating half a bag of those in one sitting. After much browsing online I realised that the idea was not particularly new, but the common comment was that the pretzels would get soggy from the cake and icing and therefore immediate consumption was recommended.

And so my version of pretzel chocolate cupcakes was born.

A chocolate cupcake covered in chocolate ganache, topped with a chocolate dipped pretzel flower attached to the side of the cupcake.

I used a chocolate cupcake recipe from Peggy Porschen’s book Cake Chic that a friend kindly loaned to me. It is a lovely recipe – rich, soft crumbed and stayed moist even after 2 days. Have I mentioned how much I love Peggy Porschen? I really admire her work as well as her taste. The recipe is also available here.

For the ganache, I used a ratio of two parts dark chocolate (currently going through a 2.5kg bag of Lindt 58% Coverture) to one part cream. I usually just put them into a microwavable bowl and heat it in 20 second intervals, stirring in between, until everything is melted and smooth. Then it’s a matter of dolloping and smoothing them onto the cupcakes.

And that’s it! I’m pleased to report that my pretzels stayed nice and crisp. 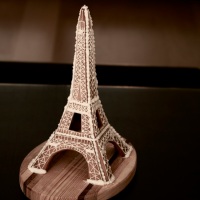 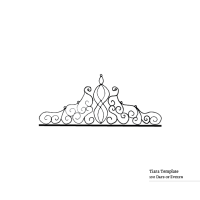 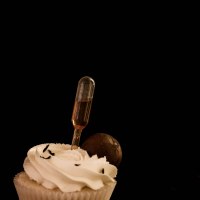 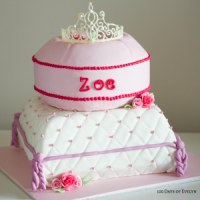